Last week I posted three of five key messages that I look away from the Telco 2.0 OnFuture conference, organised by STL Partners and officially titled the ‘OnFuture EMEA Executive Brainstorm & Innovation Forum’.   Here are the final two insights as promised! 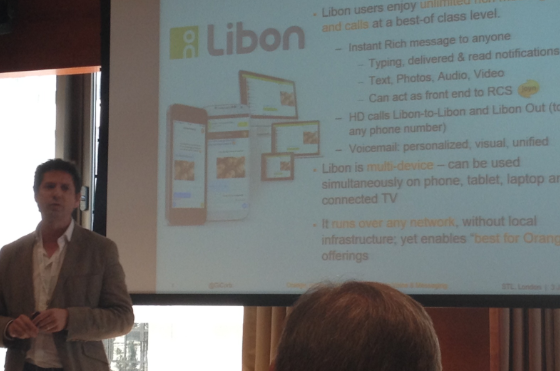 #4. Telcos need leaders to step up

One word kept coming up, in session after session.  The number one enemy of telecom service providers? Culture.

Many examples were given of where culture change is needed.  Here are three:

I strongly agree with this, and this is a leadership issue.

Culture change requires real leadership.  In my book, the definition of a leader is someone who changes culture.  There is a real need for senior telecom executives to look beyond the quarterly results and make strategic and focused bets on new sources of value.  Leadership – culture change – is a passion of mine, simply because ‘culture eats strategy for lunch‘.

The telecoms industry and ‘value-added services’  is increasingly like the England football team and penalty shoot-outs. Been there, done it, lost the game. Repeatedly!  (Although in Brazil we managed to go out without that particular form of humiliation). So it was encouraging to see operators who have made things happen.

One SP (I won’t say who due to the Chatham house rules in place at the conference) has made a good business in mobile marketing, by harnessing their customer data and engaging meaningfully with consumer brands.  It has taken several years, and revenues are only around 2% of overall group revenues…. But the operator in question has really developed a new skill set, competence area, a growth driver, and the insights into their own customer base can now be used to serve and drive their core business.

Another mobile player has made a significant impact on the music streaming market in their country.  They have been able to subsidise the service (normally available from their OTT partner at the typical 10€ per month price point) and successfully monetized through increase data usage and plan upgrades.  Similarly, in video-on-demand services, the SP has been able to persuade customers to sign up to 24 month contracts, which enables their OTT partner to offer very attractive prices, which in turn drives demand for this bolt-on service.

There were other examples, but the message is that telcos can make progress and chalk up successes in new service areas.

Do you agree with these messages?  If you were at the OnFuture conference, what else would you add?